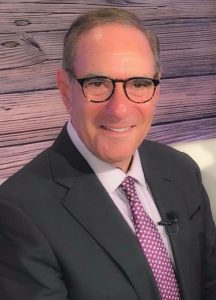 Dr. Michael R. Mantell earned his Ph.D. at the University of Pennsylvania in 1976 after completing his M.S. degree in Clinical Psychology at the Hahnemann Medical College in 1972. After 45 years he retired as a clinical psychologist treating patients with mental health disorders and has been enthusiastically and unwaveringly regenerating his career in the field of mental wellness as a highly sought-after behavioral sciences international keynote speaker, coach, organizational and leadership consultant, media spokesperson, and author of four bestselling books.

He’s been providing evidence-based, compassionate, dynamic rational emotive behavioral coaching anchored in his commitment to readily available service with an everlasting allegiance to excellence. His work is now more analogous to a teacher than a physician. He works in such a way as to deliver his caring approach as economically and efficiently as possible and is riveted on alleviating suffering and accelerating emotional independence.

Dr. Mantell served as Chief Psychologist for Children’s Hospital of San Diego as well as for the San Diego Police Department, as an Assistant Clinical Professor in the Department of Psychiatry at UCSD Medical School, a consultant to the FBI and the US Postal Service, and as Chief Behavioral Sciences Consultant for the American Council on Exercise, Equinox and Anytime Fitness gyms, among others. Most recently, he’s developed and led a yearly, three-day intensive program on Physician Wellness for the American Academy of Hematology. He is the curator and presenter of The American Society of Hematology’s “Optimal Living Series,” a year-long, twice monthly program to enhance the emotional wellbeing of ASH employees. He’s been co-founder and Chief Behavioral Science Officer of Plus-Size Certified and is a member of the Science Advisory Board of the International Council on Active Aging, as well as the Educational Advisory Board of the Medical Fitness Network and an Advisor to the Medical Wellness Association. Dr. Mantell has been named to Greatist.Com’s “100 Most Influential People in Health and Fitness.”

He is the author of four books, including the 1988 best-selling, Don’t Sweat the Small Stuff PS: It’s All Small Stuff, Ticking Bombs: Defusing Violence in the Workplace, and The Link is What You Think, in addition to the 25th anniversary edition of his first book.

His long career has led to his becoming an international authority on helping people disturb themselves less and find lasting change, contentment and a more awakened, successfully optimized life as they move past unhealthy negative emotions like anxiety, stress, depression, and burnout with his short-term, powerful and action-oriented approaches towards greater life satisfaction.

He believes, “The link is what you think,” and that his clients thrive when they are encouraged to think for themselves, learning how to use the responsibility they have for creating their emotions and behaviors to make healthier choices throughout life.

As a keynote speaker for many organizations in physician wellness, health and fitness throughout America and abroad. Common topics he addresses include: