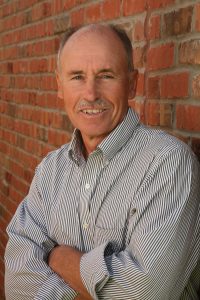 Dr. Karl (as his students called him) was the Director of The Fitness Therapy Program at Foothill College for almost 40 years.  He has worked in almost every aspect of the industry from personal trainer and therapist to consultant to major Universities such as Stanford, Univ. of North Carolina, and the Univ. of California well as the State of California and numerous professional organizations. Dr. Knopf was the President and Founder of Fitness Educators Of Older Adults for 15 years. Currently he is the director of ISSA’s Fitness Therapy and Senior Fitness Programs and writer.

Dr. Knopf has authored many articles, written over 17 books including topics on Water Exercise, Weights for 50 Plus to Fitness Therapy.  His senor fitness book are promoted in Tuffs University Health Letters. He has been a frequent guest on Public Television’s  “Sit and Be Fit” show as well as a regular guest on radio. Dr. Karl has been interviewed for many print media publications; including LA Times, San Jose Mercury News and was featured in the Wall Street Journal on issues pertaining to senior fitness and exercise and the disabled. In addition to Karl’s teaching and advocating for under-served populations Dr. Karl has been a legal expert in cases involving injuries to the disabled and older adults who were exercising incorrectly.

Dr. Karl was former college wrestler, tri- athlete and even today he lifts weights, bikes, paddle boards yet due to a back injury has given up running for walking but truly understands that daily exercise is critical to stay healthy and functional.

Dr. Karl supports the idea that what you do today determines your tomorrows.