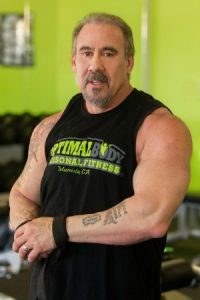 In 2006, David Lyons was hospitalized and diagnosed with Multiple Sclerosis at the age of 47. David, a former bodybuilder and health club owner, exercised regularly and lived a healthy lifestyle. He was devastated by the diagnosis and frustrated by the physical limitations of his condition. His initial MS attack left him with partial paralysis, tightness, pain and numbness in his extremities and back. These common symptoms of MS come and go without warning. The multiple lesions in David’s spinal cord make it difficult for him to coordinate movements and they affect his balance. The lesions in his brain cause cognitive problems affecting his concentration. And the lesion by his optic nerve, at times, causes vision impairment and blackness when seeing out of his left eye. David also lives in a constant state of fatigue caused by this disease attacking his nervous system. While in the hospital the doctors told David he would most likely leave in a wheelchair and would not return to his normal workout routine. They also warned him that MS is a disease that most often progressively worsens and to prepare for his limitations as he ages.

So what does David do? Give up and sink into depression? Grab a walker to steady himself? Retreat to bed to conserve his strength? No… at the age of 50, he decided to compete in an NPC bodybuilding competition!

David knew he could not do this alone, so he assembled a team he calls The Challenge Team. David needed dedicated, talented experts on his side to make this challenge a reality. His doctors all told him that his pursuit of a bodybuilding title was sheer madness, especially at 50 years old. On August 22, 2009, David competed in his first competition where he was awarded an impressive trophy for Most Inspirational Body Builder.

David is the founder of the MS Bodybuilding Challenge and co-founder of the MS Fitness Challenge with wife Kendra. He has dedicated his life to helping people with MS understand and be educated on the importance of fitness in their lives.

He is an author and sought after motivational speaker, dedicated to helping others by sharing the lessons gained from his life experience.  His most recent book, Everyday Health & Fitness with Multiple Sclerosis was a #1 New Release on Amazon at its release. 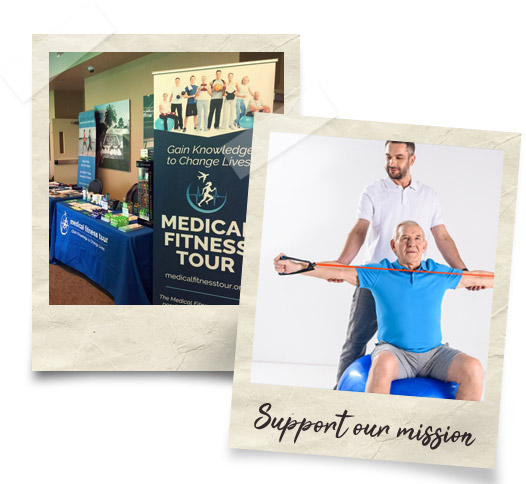